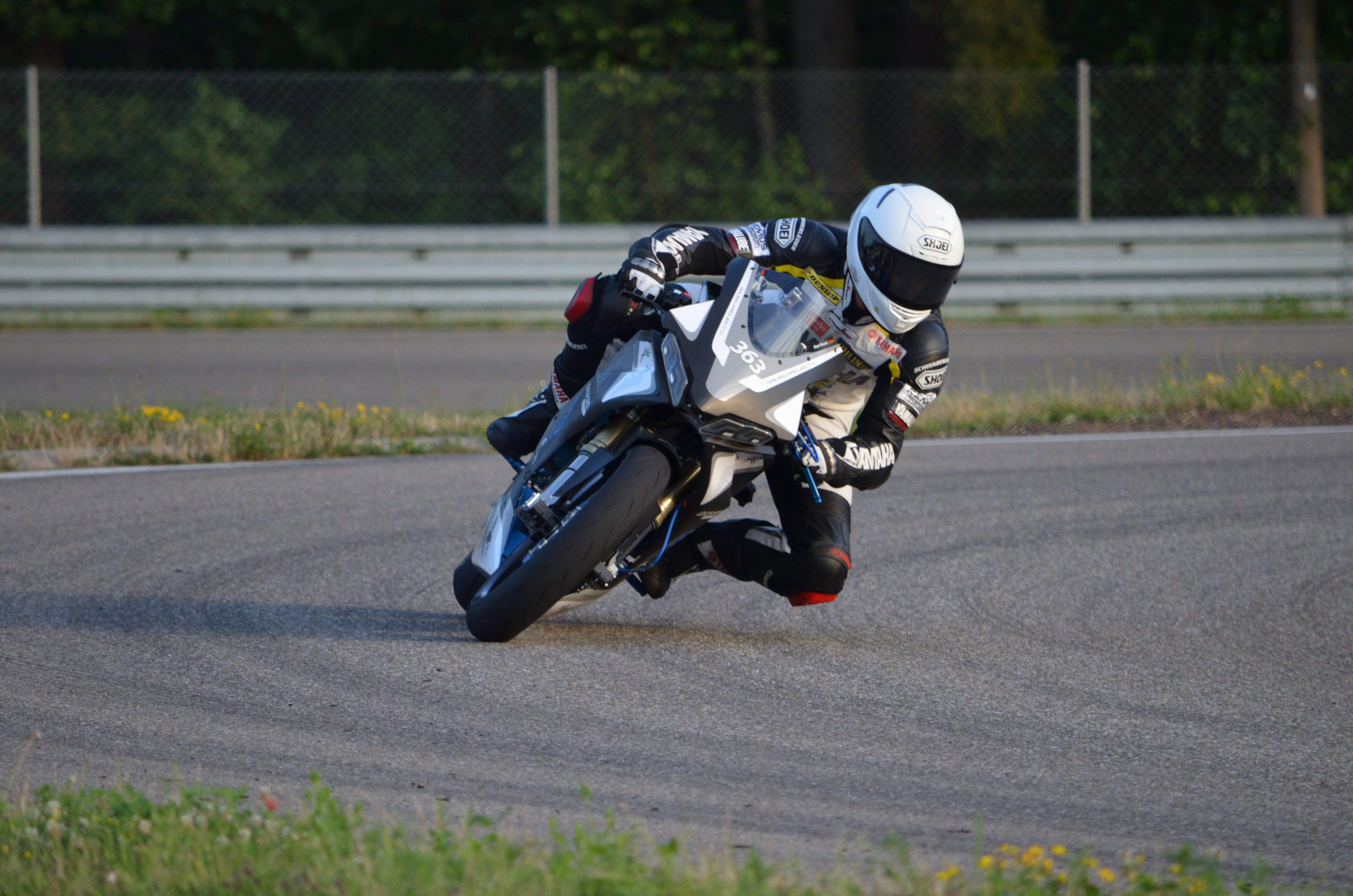 The interdisciplinary research project Gauss was launched in 2010 by Marcel Attila Kiss based on his diploma thesis „Gauss-Concept“, with help of project monitoring Professor Dr. Hans Peter Bauer and support of Prof. Dr. Thomas Betz. In the diploma thesis „Gauss Concept“ numerous new methods of resolution for electric powered motorcycles were generated and combined in one whole concept, the Gauss Concept electrical motorcylce. The electrical breaking system, the energy recovery system by the front wheel and the rear exhaust air system found their way into the research project „Gauss-Project“. Mechatronics students Alexander Klein an Markus Herzog were participating since the beginning and developed an engine test bench.

The Gauss Project is an interdisciplinary research project of the University of Applied Sciences Darmstadt. Over 40 Students from mechanical and electrical engineering, industrial design and economics are developing an electric sports motorcycle and are conducting basic research. Johann Carl Friedrich Gauß, a german mathematician and physicist, who was doing research in the field of magnetism, lends his name fort he motorcycle.

The research project „Gauss“ pursues the development and testing of an energy recovery system for racing purposes. Conventional vehicles are equipped with mechanical brakes. The kinetic energy will be converted into heat while breaking. This wastes energy, which could be used for more range. Therefore we developed an innovative drivetrain with an electrical front brake. While braking with the front wheel, the kinetic energy is transferred to the electrical engine. The electrical engine is positioned in the middle of the motorcycle and during breaking it is working in generator mode like a bicycle dynamo. It converts kinetic energy into electrical energy. The recovered energy is used for charging the batteries.

Drivetrain efficiency increases. The effect: Higher total range and speed with simultaneous reduction of the necessary batteries and additional weight. The permanent synchronal engine is an air-cooled aircraft engine. It generates 60 kW Power, 220Nm Torque and just weighs 12 kg. An air funnel on front of the bike provides cooling while a pipe at the rear achieves heat dissipation like an exhaust.

Besides that, we are doing research for further innovative technologies such as the electrical Sports ABS System and the electric traction control. The electrical sports motorcycle is going to be tested on the racetrack and in racing competitions.